Located on the island of Java, the magnificent Borobudur temple is the world’s biggest Buddhist monument, an ancient site widely considered to be one of the world’s seven wonders. The temple sits majestically on a hilltop overlooking lush green fields and distant hills. Built in the 9th century during the reign of the Syailendra dynasty, the temple’s design in Gupta architecture reflects India's influence on the region, yet there are enough indigenous scenes and elements incorporated to make Borobudur uniquely Indonesian. 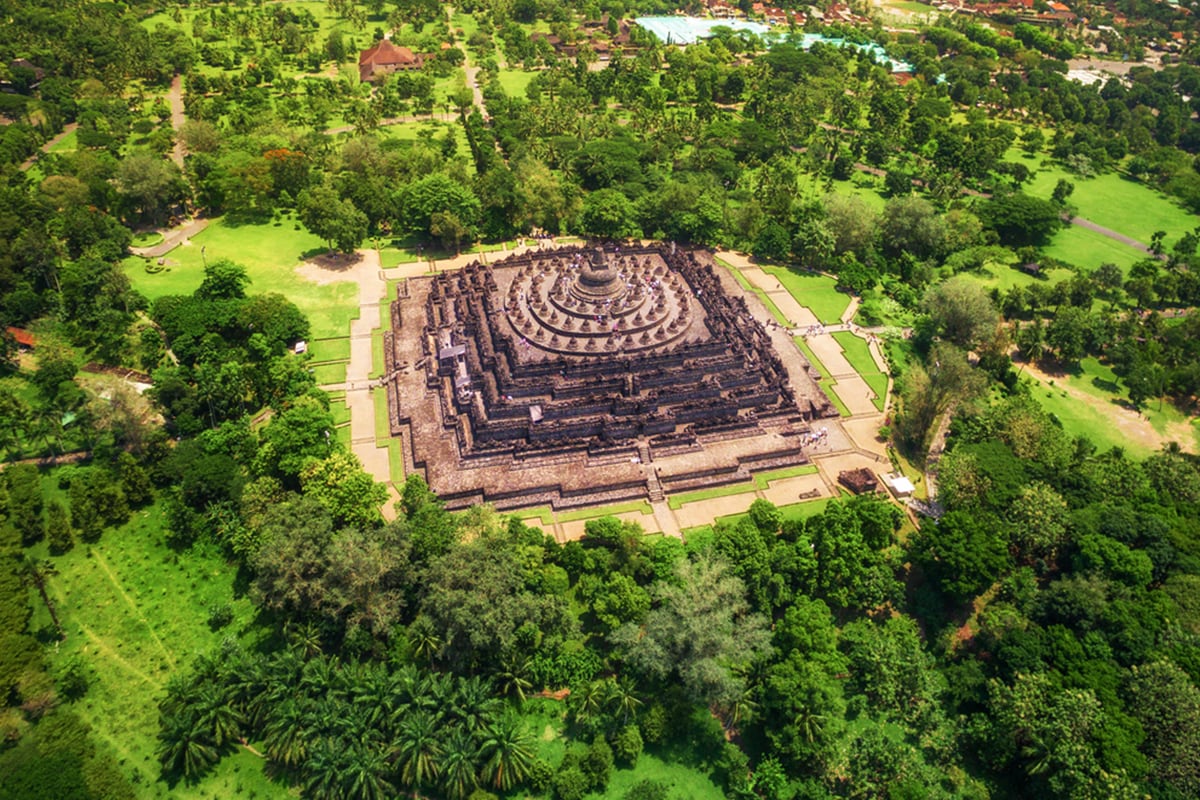 It covers an enormous area, measuring 123 x 123 meters. The monument is a marvel of design, decorated with 2,672 relief panels and 504 Buddha statues. The architecture and stonework of this temple has no equal. And it was built without using any kind of cement or mortar! The structure is like a set of massive interlocking Lego blocks held together without any glue.

The temple has remained strong even through ten centuries of neglect. It was rediscovered in 1815, buried under volcanic ash. In the 1970’s the Indonesian Government and UNESCO worked together to restore Borobudur to its former majesty The restoration took eight years to complete and today Borobudur is one of Indonesia and the world’s most valuable treasures. 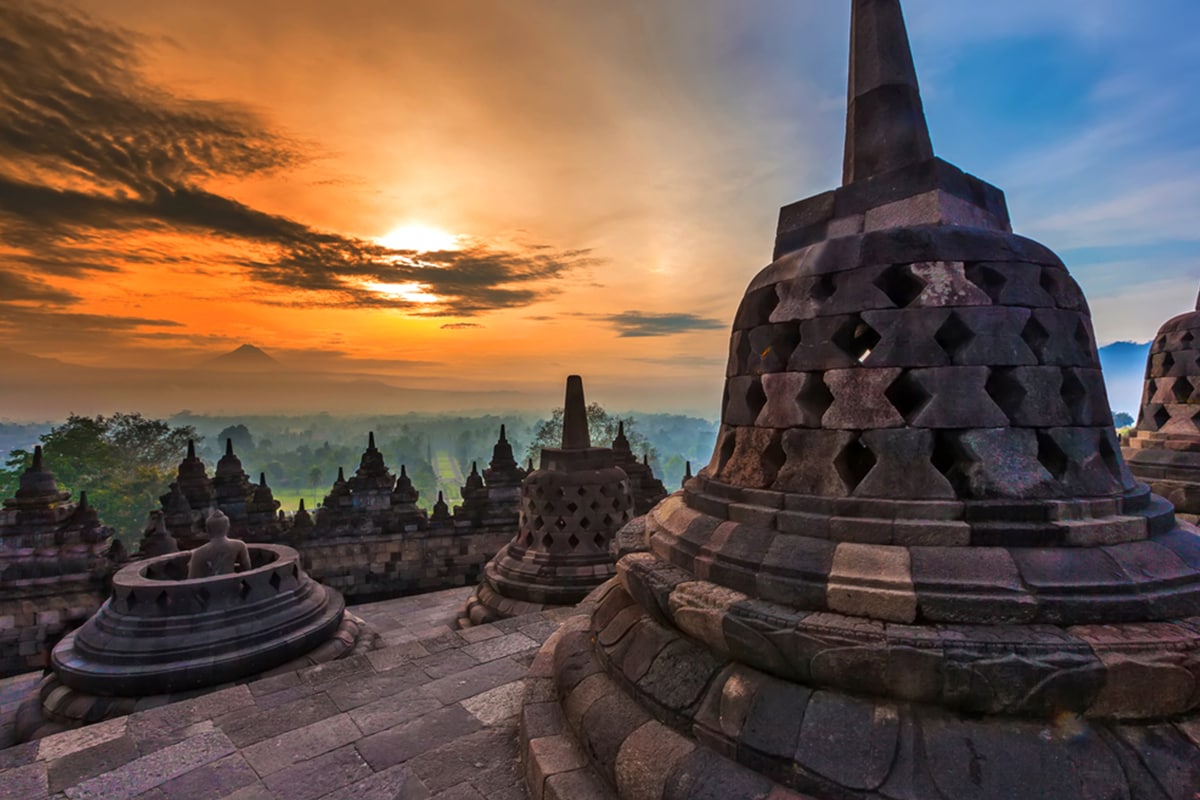 The temple is decorated with stone carvings in bas-relief representing images from the life of Buddha. Commentators claim that this is the largest and most complete ensemble of Buddhist reliefs in the world, unsurpassed in artistic merit.